On October 19, 2019, the team behind video game portal Satoshi’s Games presented Lightnite: an online multiplayer third-person shooting game whose microtransactions are entirely powered by the Lightning Network. This is the grandest and most ambitious project of the team thus far, and it promises to bring more bitcoin adoption to the video game community.

Just days after battle royale king Fortnite released new maps and environments to explore in Chapter 2, Lightnite lead developer Carlos Roldan and his team have attempted a coup which strikes directly at the monetization model. During the 2019 Lightning Conference, the Satoshi’s Games developers are selling early access passes for Lightnite. This is part of the plan to crowdfund the project, and all contributions are being processed by a self-hosted BTCPay server.

Aesthetically, Lightnite bears striking similarities to Fortnite. However, the innovation is found in the Lightning Network integration for payments.

Aesthetically, Lightnite bears striking similarities to Fortnite. However, the innovation is found in the Lightning Network integration for payments.

Fortnite Gets Struck by Lightning

In the second half of 2017, Epic Games’ Fortnite became a massive hit in the video game market. In reaction to this success, many of the industry’s giants have attempted to reverse engineer the formula in hopes of achieving similar profits. Some have changed the cartoony aesthetics to offer a more realistic experience that’s reminiscent of the “Hunger Games” movie franchise, while others have focused on the addition of intricate stories and game mechanics. In spite of these efforts, the results are clear: Fortnite is still on top with revenues of $2.4 billion in 2018 and more than 125 million players.

Just like Fortnite, Lightnite is a freemium game. Anyone around the world can create an account and join the competitive experience without having to make any purchases. The revenue is entirely generated by the sale of character customization features: From skin packs to dance moves and colorful details that tell one’s digital avatar apart from the crowd, it’s all a very profitable endeavor which capitalizes on the players’ psychological need for uniqueness and originality.

However, Lightnite doesn’t rely on the same pillars of the legacy financial system. When purchasing various in-game items, players can simply spend satoshis via the Lightning Network. This makes the settlement of the transaction instant, private and final. There is no way to do chargebacks like in the case of credit cards, and there is no need for players to provide any kind of personal information. Thanks to Lightning payments, Lightnite players can enjoy the avatar customization experience without generating a data record that’s associated with one’s identity.

With its polygonal aesthetics, Lightnite looks charmingly retro. Its graphical minimalism will also make it compatible with mobile devices.

With its polygonal aesthetics, Lightnite looks charmingly retro. Its graphical minimalism will also make it compatible with mobile devices.

Lightnite isn’t just about spending; instead, it adds interesting incentives for winners. Skilled players are able to earn satoshis if they frag opponents and win games. Therefore, there are clear financial rewards and incentives to get good at Lightnite, and the in-game currency can be spent anywhere else. For example, players can buy gift cards on Bitrefill so they can attend the Bitcoin 2020 conference.

By disrupting the monetization system, Lightnite has the potential to become more than a challenger to Fortnite’s throne — if it becomes popular, it can revolutionize the entire economy of online video games. In the future, entire teams of professional players might be able to support themselves without the need for sponsors or private donations during livestreams. Or better yet, their payments and rewards will be sent in satoshis via the Lightning Network.

However, this hypothetical scenario relies on the success of the crowdfunding initiative and the excellence of the gameplay experience. If giants such as Electronic Arts, Activision and Rockstar Games were unable to match the success of Fortnite with their own iterations of the battle royale model, then Lightnite has a David versus Goliath story of its own. Realistically speaking, it’s unlikely to see a complete overturn which accelerates hyperbitcoinization from within the gaming community. However, there is enough room in the market for all players, and every newcomer who plays for satoshis is a small victory for the project.

In the words of lead developer Carlos Roldan, “Lightnite is a battle royale game with a minimalist low-poly and cartoonish design, which adds bitcoin rewards for winners. Rewards in satoshis offer extra incentives to play and compliment the game mechanics with a competitive compensation.”

A “Before-and-After” Moment for Bitcoin Adoption

While Lightnite doesn’t have an official release date, the information about its multi-platform compatibility looks quite promising. The game will be available to download on Windows, Mac OS, Linux and various mobile platforms (most likely Android and iOS). This is great news for bitcoin adoption, as anyone can participate in the intense shooting sessions without having to worry about owning the right device or installing the right operating system. 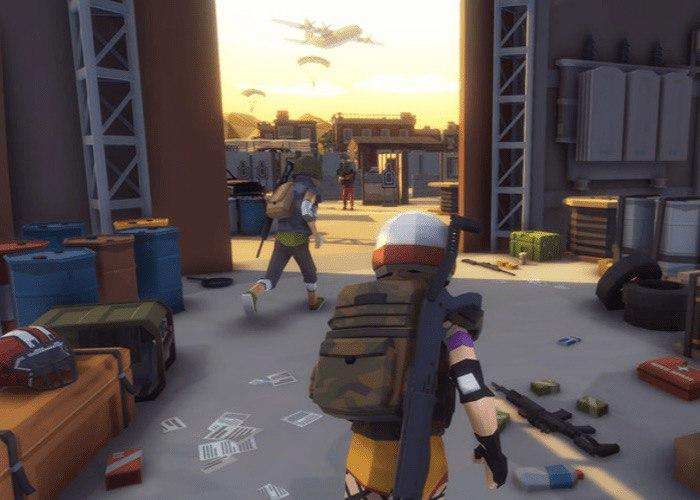 Lightnite is ambitious, but its mainstream success depends on the crowdfunding campaign and the quality of optimization.

Lightnite is ambitious, but its mainstream success depends on the crowdfunding campaign and the quality of optimization.

Yet the metric that really counts is quality of optimization, and it’s going to be interesting to see how an iPhone or an older laptop running Ubuntu can keep up with a desktop gaming rig. There is also the matter of graphics acceleration and drivers, control optimization to make the operation seamless, and fast enough servers to avoid congestion or excessive lag. It will definitely be interesting to see how the team behind Satoshi’s Games makes the transition to the big leagues with this ambitious project.

Roldan seems positive about Lightnite’s impact on bitcoin adoption. He told Bitcoin Magazine, “At Satoshi’s Games, we believe this game will mark a before and after moment in Bitcoin’s journey to mainstream adoption.”